Small farmers cool down the earth!

Small farmers – women and men – from around the world will gather in Copenhagen in December to defend their proposal for solving the climate crisis. Sustainable farming and local food production are actually cooling down the earth. Peasant agriculture allows carbon to be sequestrated in soils and uses less fossil fuel-based machines and chemical inputs. Moreover if we eat local, less energy is used to ship food around the planet. Given the huge impact of industrial agriculture on greenhouse gas emissions, a massive conversion from industrial monocultures to small-scale sustainable agriculture and the development of local markets would actually allow a massive reduction of all greenhouse gases. (1)

Combined with a serious programme to reduce consumption, such a plan would actually make irrelevant any discussion on carbon trading, bioengineering and other technological fixes and trade mechanisms currently discussed in the UNFCCC.

We believe that these points have to made in Copenhagen. We believe that the people’s voices from around the world have to be heard. The growing global democratic movement for justice of many social movements preparing for COP 15 shows the importance of these issues..

People’s voices make many tunes, they can whisper or shout, they sing or play, they talk or debate. The history of social movements shows that protests take many shapes too. In La Via Campesina, civil disobedience has always been part of the strategies carried out to support food sovereignty, along with debates, political work, and the promotion of real alternatives in our fields. When hundreds of farmers occupy a piece of land grabbed by a transnational company, when thousands of them gather in front of the WTO to ask for an end to the liberalisation of agriculture markets, we defend our right to live. Our right to feed the world and to feed ourselves. Our right to be respected and to get out of poverty.

La Via Campesina supports and takes part in non-violent actions of civil disobedience when it is justified politically in order to develop a society with more justice and dignity. We clearly reject violence as a means of action as we reject the violence of the policies discussed behind closed doors. Policies allowing companies to get carbon credits to develop monoculture plantations are violent policies. In remote villages, they lead to land evictions, farmers’ resistance, repression and environmental devastation.

We strongly condemn the repressive laws that are being passed in Denmark to muzzle dissent. In the run up of the UNFCCC, we call for mobilisation and unity among all social movements in our large and rich diversity. We believe that a confident democracy can only be strengthened by allowing people from around the world to defend and implement climate justice, food justice and social justice.

Josie Riffaud,Member of the La Via Campesina International Coordinating Committee and co-responsible for the Climate Change issue 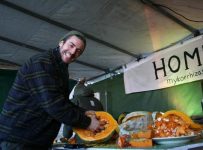 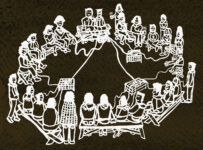 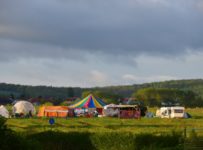