A group of almost forty participants met over four days in the garden allotments squatted by the ROD collective in the suburbs of Warsaw.

We had time for formal discussions in order to find out what stage the different projects in Reclaim the Fields are at: the new website which will soon replace the old, the writing of the 11th bulletin, the importance of using the current communication tools effectively before creating new ones, etc etc.

The other highlights of this assembly were :

The assembly ended with participation in a food distribution alongside Food Not Bombs Warsaw and followed by a small party at the ROD.

We were superbly hosted by our Polish friends, whose fight to occupy and revive the allotment gardens is inspiring. Do not hesitate to pass by and visit them in Warsaw… and to stay a while. Keep your ears open in case they are threatened by eviction.

Not forgetting to thank the people from the Syrena squat in the city center, as well as the BLA collective who provided the equipment for multilingual translation. 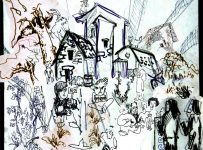 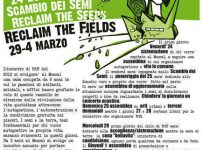