From the 28th August to the 2nd September 2015, the Reclaim the Fields International Action Camp drew over 130 people to Wrexham, North Wales, to resist the ‘North Wales Prison Project,’ the construction of Europe’s second largest prison. Held at Borras Community Protection Camp, a site camp established to oppose fracking in the area, the gathering sought to link land struggles with resistance to the prison industrial complex(1) and ongoing mechanisms of state violence and dispossession.

From Saturday to Monday, a comprehensive programme of workshops, discussions and practical activities took place. People connected the dots between struggles around the prison system, food sovereignty, borders, and other aspects of the world post-enclosures. Several workshops explored the brutality of the prison system, introducing the P.I.C., ongoing struggles around IPP prisoners, nonhuman prisons and how prisons relate to gender and queer struggles, and over the course of the weekend a permaculture design was developed for the camp and people began work on a herb garden, biochar system and solar panels for the site.

Throughout the camp several actions took place. In the evenings, folk took sound systems, megaphones, and other noise making instruments to local prisons determined to show prisoners they are not forgotten and not alone. HMP Stoke Heath, HMP Drake Hall and HMP Altcourse were all visited, with many prisoners shouting back and banging their doors. Chants like “If you hate the screws, clap your hands” rang out under a full moon.
As part of the International Week of Solidarity for Anarchist Prisoners, children at the camp made a banner for UK anarchist prisoner, Emma Sheppard. Letters were written and prisoner stories shared. Banners were also made for comrades on tag and repressive bail conditions who couldn’t make the physical gathering.

There were also highstreet actions, with folk leafleting Wrexham about the prison and how they can get involved in fighting it. On Monday a protest was staged at P&A Landscaping. They are the prison’s landscapers and have supplied several fences and materials to the jail. In response their public garden centre was visited and customers were informed about their role in prison expansion.

Day-long Blockade of the Prison

On Tuesday 1st September, around 20 people blockaded the three access gates to the Wrexham Mega-Prison’s construction site. This simple action was easy to co-ordinate, and with confused and unprepared police and site staff, had a big effect with very little effort. A queue of trucks were prevented from entering and exiting the site, including a huge cement delivery which had to be turned away before it spoiled. Simon Caron, Project Director for Lend Lease, begged protesters to let it in saying, “We’ve been reasonable letting you protest, please just allow this one to get through”. No one budged and vehicles delivering materials failed to enter. Read about the action in the local newspaper here and here.

As camp participants networked and bonded, regional groups formed to take actions against local targets in their own areas. (Find a list of suppliers in your area here). One group visited the Gloucestershire offices of Precast Erections Ltd, the company supplying concrete blocks used to build the prison. More actions are planned. Contact your local group to find out how you can get involved in Community Action on Prison Expansion

Solidarity Protest at the Court

On Wednesday 2nd, people from Reclaim the Fields supported a local woman, Vanda Gillett who had been charged with assault during the Barton Moss Community Blockade. Following a guilty verdict, anger erupted in her defence. The court was occupied and ‘scuffles’ with the police took place outside. Four people were arrested and people moved to demonstrate at the police stations where they were being held. See a video and mainstream media article on the day here.

Due to the arrests and priority of station support, further actions in Manchester were postponed, however local people motivated by the anti-prison struggle are keen to continue to target local companies and delay the construction of this super prison.

Reclaim the Fields is a constellation of people and collective projects willing to go back to the land and reassume the control over food production. We are determined to create alternatives to capitalism through cooperative, collective, autonomous, real needs oriented small scale production and initiatives, putting theory into practice and linking local practical action with global political struggles.

This camp is one part of our story (read the UK history here). We are not a ‘campaign’ or ‘coalition’ or a ‘mass movement’. We are diverse people, projects and struggles converging and diverging all over Europe. The manifold of ways in which capitalist economics comes to dominate the land (whether that be through the construction of prisons, drilling for gas or the exploitation of industrial agriculture) implicates and connects us all. While gatherings and action camps can be politically limited, they are not the be-all or end-all of our work. They are points of encounter, a chance for comrades to meet and critically reflect on how these struggles shape our lives. Read more about how RTF organises in our latest bulletin.

The gathering came alive through the work of an incredible group of people working collectively and horizontally. Numerous ex-prisoners and people who have supported loved ones through jail were present and moved by the experience. The passion and the hate for the prison system was very present and very visible. As was the desire for something more, for growing food, reclaiming land and living differently.

We will continue our work to reclaim our lives from the state, from our capitalist economic system and oppressive prison society. Until All Are Free!

(1)  Defined here as the overlapping interests of government and industry that use surveillance, policing and imprisonment as solutions to economic, social and political problems. 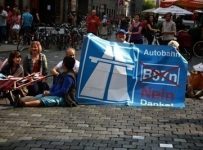 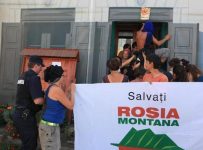